Cooperative Board Games invented and designed by Ken and Jannice Kolsbun: 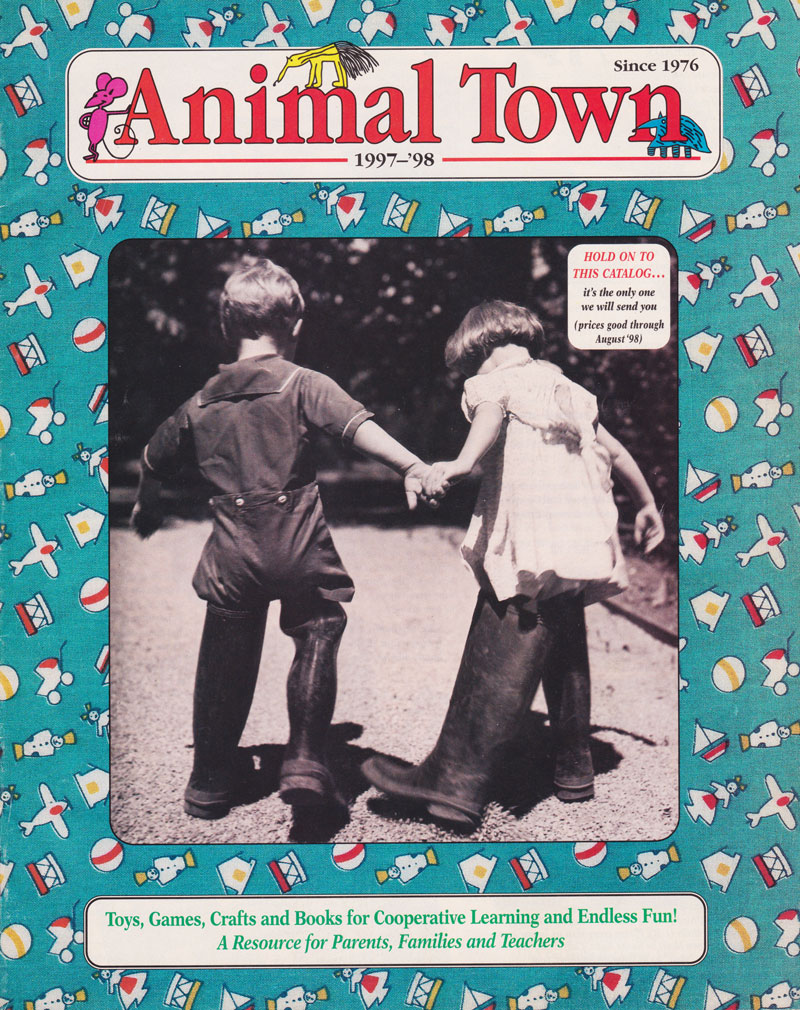 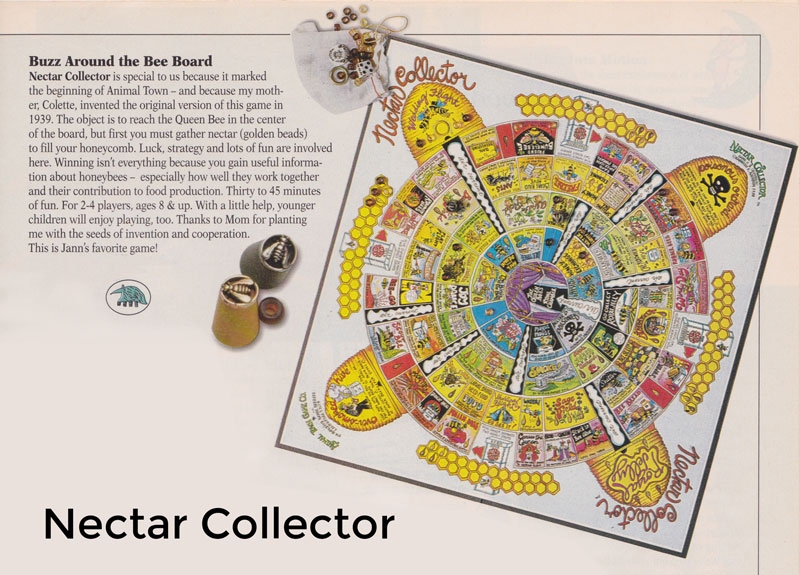 Ken and his wife Jannice founded a family-owned business named “Animal Town”. Together they invented, designed and marketed cooperative board games. The board games invented by Ken and Jannice are unique in that they were educational and focused on nature. The fundamental concept was collaboration: working together to win together – a completely new idea which was embraced by home-schooling parents, Montessori and Waldorf families, and many others who approved of a shared over a competitive approach to learning and having fun. The games introduced topics such as solar power, windmills, saving endangered species, enjoying the sounds of nature instead of man-made noise pollution. Children learned about honeybees and pesticides, and the plight of whales and even beavers.

“Animal Town” operated both as a brick-and-mortar store and a mail-order catalog, which was sent to families and schools from 1976 to 2000. “Animal Town” was sold to a media company but the rights to all of the board games were retained. We hope to find a company to produce these games again. Perhaps the most famous game to come out was “Save the Whales” which received both the Parent’s Choice Game of the Year and an endorsement from Greenpeace. Limited editions of “Save the Whales” can still be purchased from CooperativeGames.com. 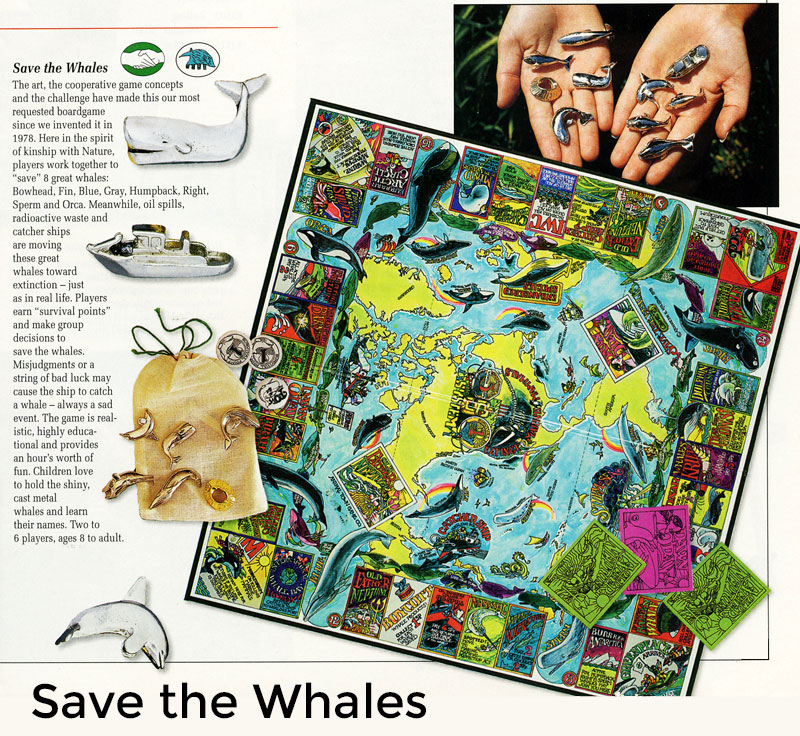